On July 27th, 2021 Ubisoft has launched a new Easter Egg/crossover, Tomb Raider, in honor of the Tomb Raider games anniversary.    No Commentary video is found below, and text/image instructions are found just below the video.  Images should enlarge when clicked on below.

*** NOTE: You can click on images to enlarge them!

To start, look for and enter a cave with ancient monuments in Silent Mountain province: North of Solitary Peak and Bivvy, South of Pumping Station.   Clue for the 1st Gem will be in there with a chest you will come back to after collecting the 3 gems to redeem the rewards. 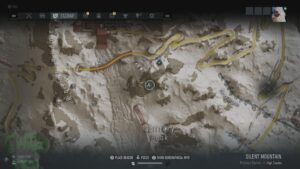 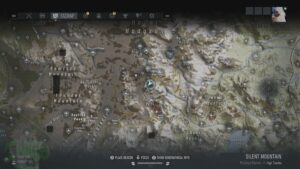 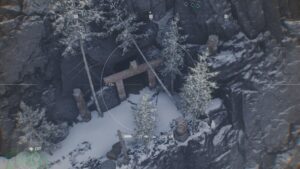 Grab the first clue off of the body.    Click images to enlarge them if needed. 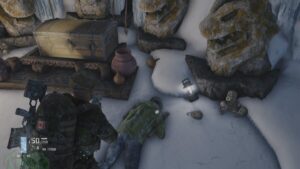 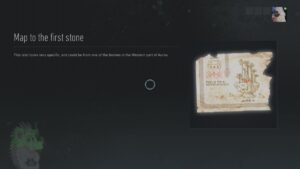 1st Gem: It is on a tiny island, in the far West of Wild Coast province, west of Drone Station W031 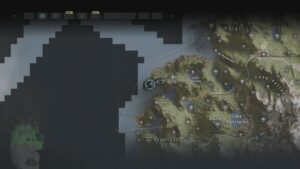 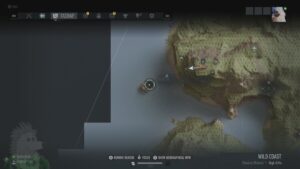 Grab the 2nd Gem clue from the body and REMEMBER THE GEM!    Sitting there in the monolith. 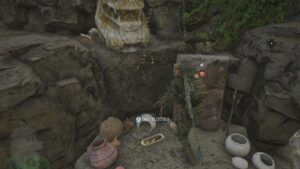 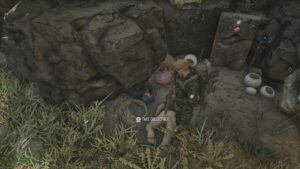 Clue points to the pirate ship with all the gold coins and pirate skeletons in Smugglers Cove.  Look to the south and UP! 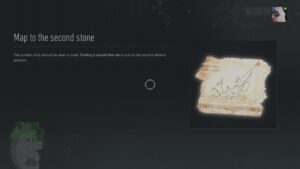 2nd gem: Is in the Northern Smugglers Cove, north of White Cross Peak on a cliff overlooking the pirate ship.  You can fast travel to the bivvy to the east, a short base jump to the ledge below and run over, don’t go down to sea level as it will be a headache to try to climb up to the cliff. 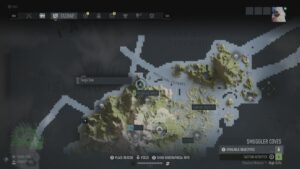 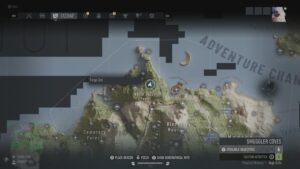 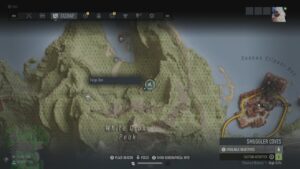 Grab the gem and 3rd gem clue from the “table” and to the right/west of the table on the ground. 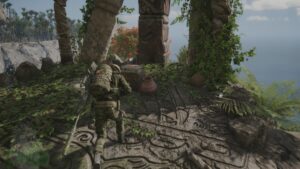 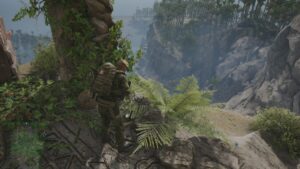 Clue points to Golem Island, North East end, very EAST side.  If you look at the bivouac outside of Golem on the south side with the 2 boats, this location is straight north on the north end.   The red tree is on Golem Island, and you need to LOOK thru some holes to see where the last gem is.  To the north. 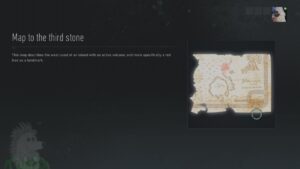 3rd and final Gem: is within Golem Island area, in a cave at a tiny island with a house on it in Sector 01, in a cave.  STRAIGHT north and across Golem from the Bivvy that is outside of Golem with the 2 boats to boat into Golem.   Probably quicker to use the bivvy NNW of the highlighted house location and boat down from. 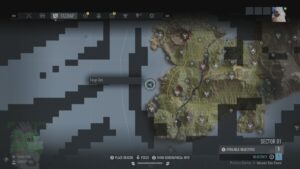 If you do go to check out the Red tree on Golem Island, straight south from the marked location above, there IS a boat to the east you can take to head over to the house.    Cave is on the NNW side of that house island. 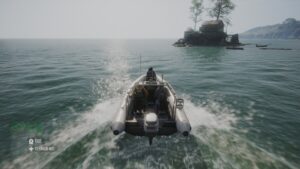 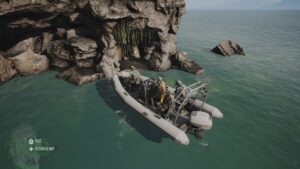 The 3rd gem is just sitting there in the mouth waiting for you.   After collecting it, back to the start to the chest! 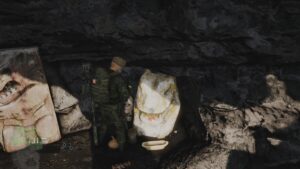 Now return to Silent Mountain province: North of Solitary Peak and Bivvy, South of Pumping Station, and open the chest for your rewards. 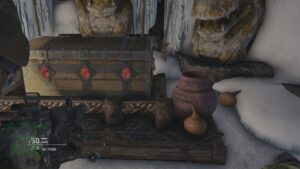 Your Rewards will be:

For fun, take a VERY close read of this screen and the documents.    What do you think it could mean if anything at all?  🙂    Enjoy! 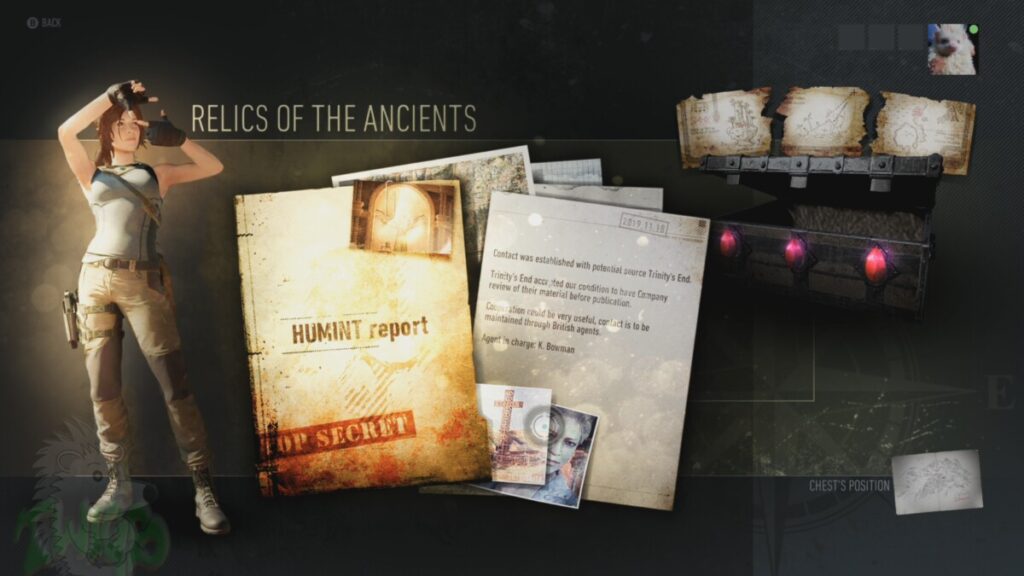