Update: Tomb Raider Treasure Hunt is out!  Click here to find where to start and all locations to lead to you getting a sidearm, glasses, and a t-shirt.

Coming up Nov 13th 2021, marks Ghost Recons 20th Anniversary!    With that, Ubisoft hasn’t said much about what to expect out of it. What we do know, is another content update (Operation Motherland) for Ghost Recon Breakpoint, Tomb Raider (Lara Croft) Treasure Hunt Easter Egg event as this year is her anniversary as well.  Until a recent tweet, Ghost Recon has laid out a little bit more in a graphic!

Ghost Recon team at Ubisoft will be holding contests, most likely on Twitter and/or Reddit, the only 2 places they seem to give a flying crap about.   There are supposed to be some sort of FREE giveaways to come. Which could be anything, best bet, cosmetics for Ghost Recon Breakpoint.   Some sort of Anniversary “showcase”.  Best guess would be short clips of previous Ghost Recon trailers and B-rolls for a minute and a half or two with some developers talking about Ghost Recon.   A live stream is expected to come for Operation Wonderland, the year-end content update. Expect that to be in the fall or before the new year, 2022.     And “much more” which can be anything and any guess can be the best guess at that. 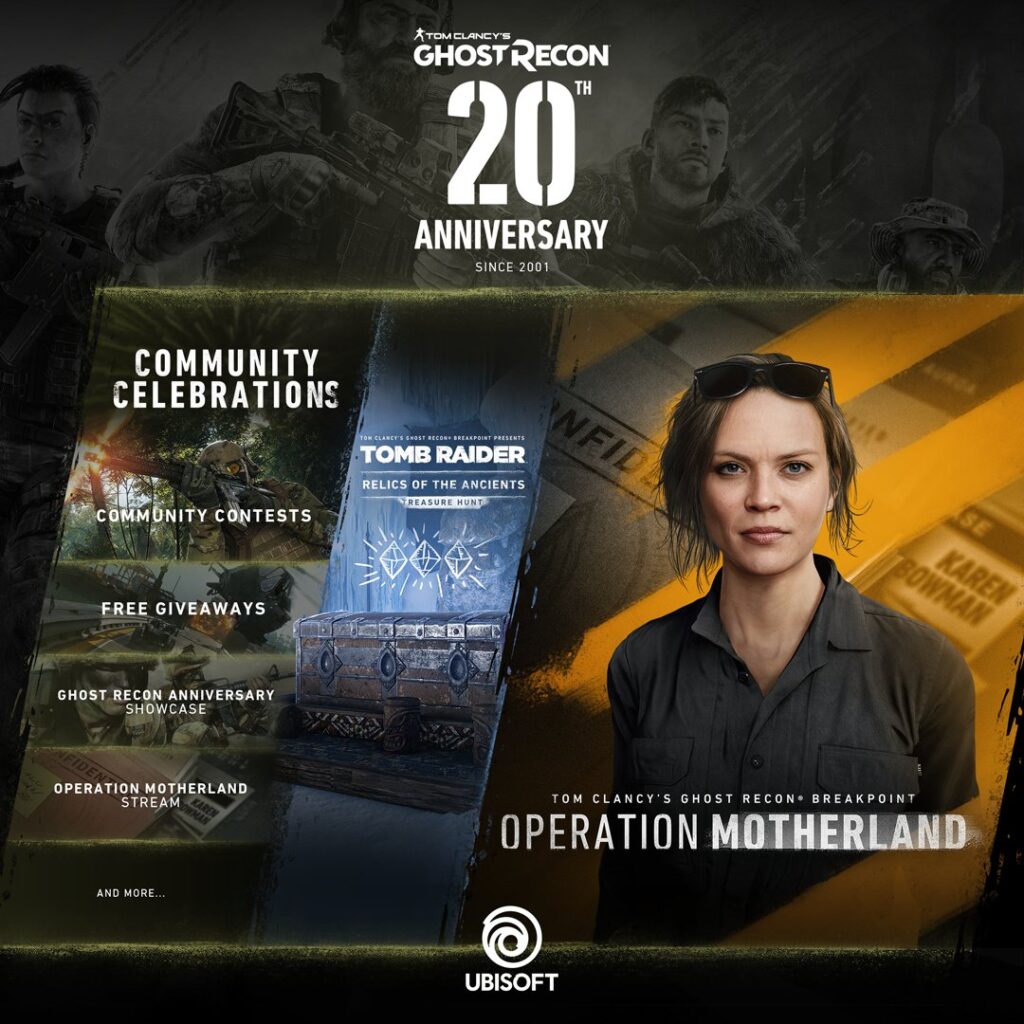