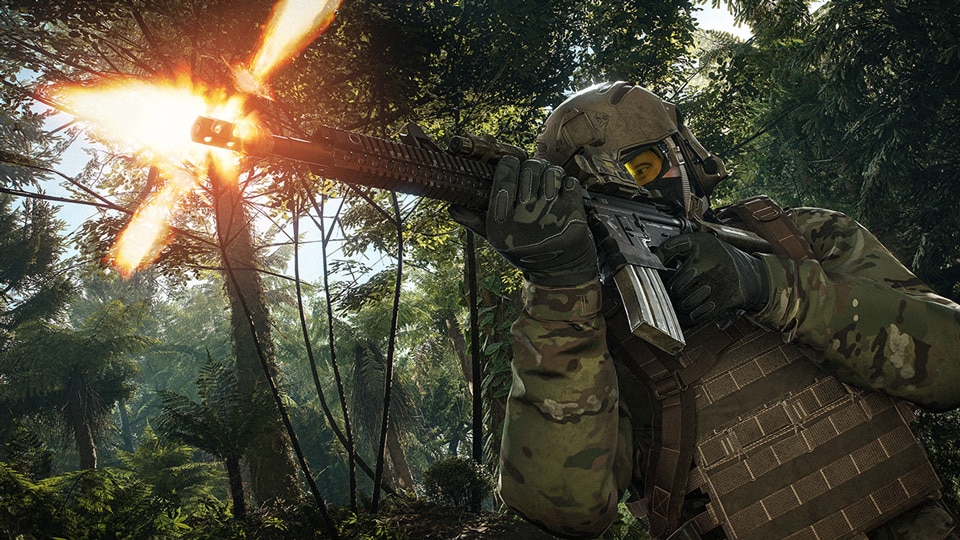 With TU 3.0.0, custom stocks will become available. You can choose from 15 stocks:

These custom stocks will also have the same compatibility across the different weapon variations that are listed above.

For select weapons, you can use stocks from different variations of the same weapon base. For example, the MK17 stock will be available on the MK17 Shorty and MK17 Assault and vice versa.

For the following weapons and variations, [Ubisoft] enabled cross-compatibility for stock customization. For example, the AK47 stock will be compatible with the RU12SG and the SAG12 and vice versa. These weapons include:

GL1 is now compatible with:

GL GP25 is now compatible with:

To provide you with more options for under-barrels, [Ubisoft] will be integrating the Universal Under-barrel System. This system will allow all foregrips to be compatible with all assault rifles, submachine guns, and shotguns. The only limitation is the rail size capacity and will be available on most special weapons and weapon skins.

[Ubisoft] understand that bipods have a good share of the community discussion, and while we have made some improvements – and [they will] continue to do so – functioning bipods will not be added to the game. However, with TU 3.0.0, we added bipods and range finders on the tactical variations of the M4A1, MPX, and the Scorpion EVO3. Additionally, [Ubisoft] added bipod compatibility for the 7.62 caliber weapons, which include:

With this Gunsmith update, you will find new barrels added for weapon customization. These new barrels will be available as listed below:

In addition to the wider customization options, you can expect more improvements and bug fixes to the Gunsmith with TU 3.0.0.