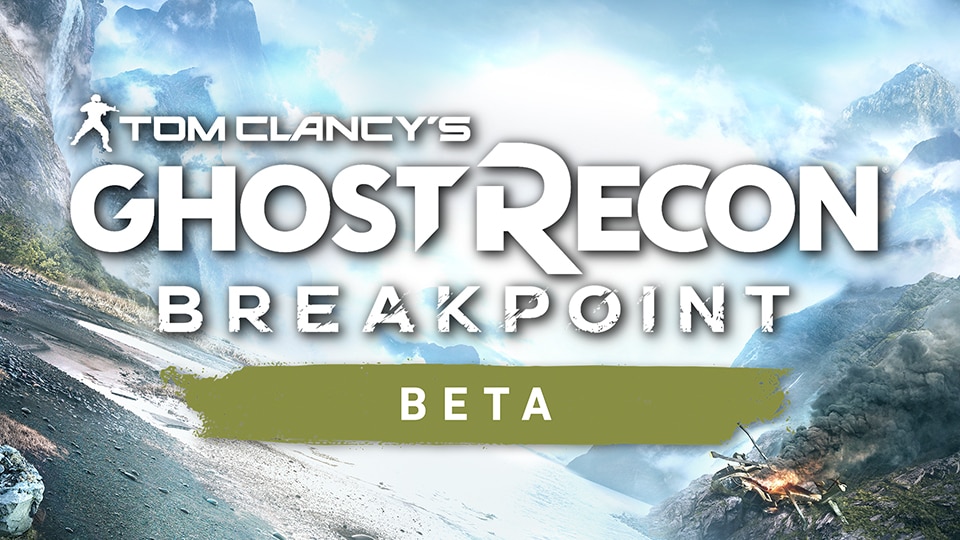 From September 5 to September 9, [Ubisoft] will be conducting the beta of Tom Clancy’s Ghost Recon Breakpoint for Xbox One, PlayStation®4 system, and PC.

[Ubisoft is] excited to now be able to share more information on pre-load and access times, as well as the PvE content that will be available during the beta. On behalf of the entire team, [Ubisoft] want to thank those of you who have pre-ordered and registered – [Ubisoft] thrilled to finally be able to share a piece of the game we’ve been working on!

Below you will find all the information you need to get ready for the beta.

If you have pre-ordered Tom Clancy’s Ghost Recon Breakpoint or are a Uplay+ subscriber, you will receive access to the beta. If you registered on the website on our Beta page, you may also be randomly selected to participate.

As a thank you to Online Technical Test participants, [Ubisoft] will also be giving access to everyone who participated in our two OTT test phases earlier this year. 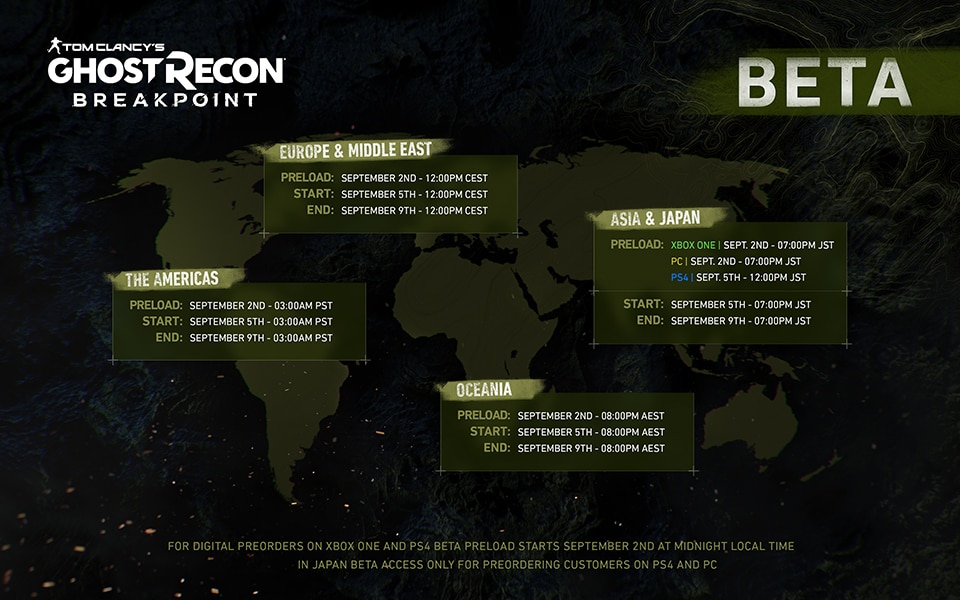 During this beta, you have access to several regions and missions to test out in PvE with up to four-player co-op or solo!

You will have access to the following four regions:

Looking to really test your skills? Find three different types of Drone Areas throughout the available regions to battle it out against some of your toughest opponents.

[Ubisoft] hopes you enjoy everything we have to offer in the beta and can’t wait to hear about all of your experiences. If you do not have access to the beta, you can pre-order or register for a chance to be selected!

Please keep in mind that the Beta:

Participants are welcome to share thoughts and feedback on [Ubisoft] dedicated beta forums.